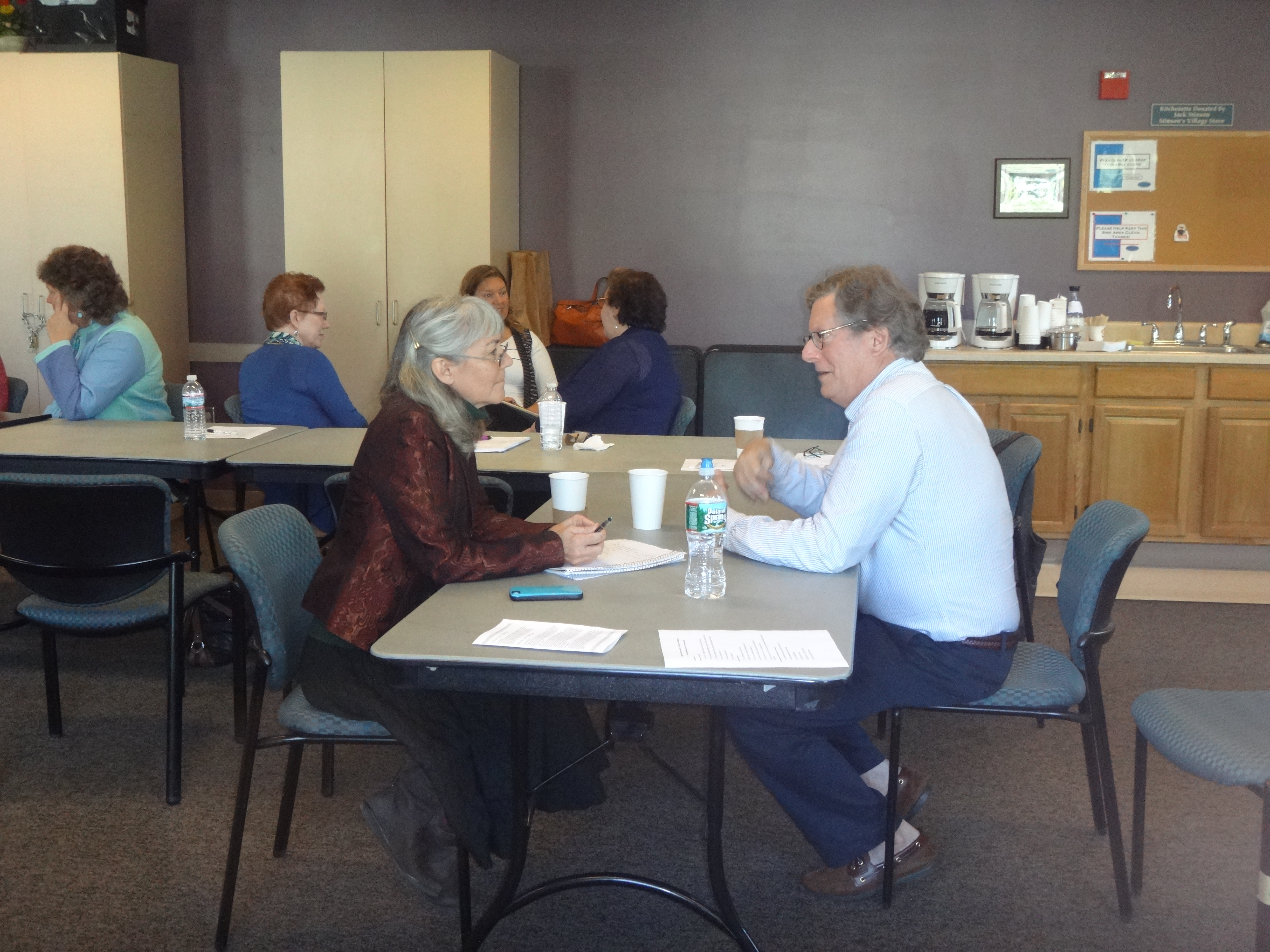 For the New England Chapter of American Society of Indexing, 2015 was the year of change. The shift began at the annual meeting in the spring of 2014 when then-president, Ceilyn Boyd, announced that the current board was stepping down after serving for a number of years. Due to career changes, outside commitments, and length of service, they collectively had decided to not serve for another year. Membership numbers were down nationally and locally, and attendance at the chapter meetings had been decreasing over the years. The discussion at the 2014 meeting turned to placing the chapter on inactive status if the board spots were not filled by other members.

Three people stepped into the open positions: Melissa Swamy, Jennifer Spanier, and Michelle Guiliano. Serving as new president, Melissa Swamy works as taxonomist while developing her indexing skills. Melissa stated, “I wanted to be part of chapter leadership because I wanted to meet people in the indexing world and feel more connected. I thought it would also help me better understand the business of indexing and start freelancing.” Jennifer Spanier, the new treasurer for the Chapter, is a recent Vermont transplant from the New York where she had been active in the New York City Chapter. In addition to serving as treasurer, Jennifer is also a co-webmaster for ASI. She has been running her business Spanier Indexing since 2010, and she focuses on database indexing and back-of-the-book indexing for a wide range of topics. The newly elected secretary, Michelle Guiliano, is a native New Englander, and she practiced medicine for a number of years before becoming an indexer. Her business, Line by Line Indexing, focuses on science and medicine indexing. President-elect, Naomi Martin, joined the board in the spring of 2015. She has a masters in library science and was a corporate librarian for over 20 years in the field of biotechnology before beginning a second career as an indexer.

The first order of business for the new board was a mission statement. Discussions on the indexing various listservs sometimes centered on whether to join the American Society for Indexing (ASI). Specifically, posters asked, “What is the benefit of joining ASI?” As a small business owner, this is a legitimate question because every dollar spent must have a purpose. The New England board targeted this question when developing the chapter’s mission, asking each other, “What can the New England Chapter do for its members?” The board, then, collectively chose to focus on bringing the benefits of chapter membership to the forefront. They decided to make the current mission of the New England Chapter of ASI to provide more networking opportunities among chapter members through informal local meetings, the annual meeting, and the Chapter’s website.

Geographical distribution has not always been an issue for the New England chapter. In fact, the New England Chapter was originally called the Massachusetts Chapter since most of its members were in Massachusetts, centered around the Boston area. Now, only 20-25% of the membership resides there and the rest of the members are scattered throughout New England, New York, and even Canada. Comparing the membership list with a map of New England, the board realized that there were pockets of 8-10 indexers that lived within 1 hour of each other. What better way to serve the members that to facilitate informal coffee breaks or luncheons so that the indexers can network locally? Since the beginning of 2015, 4 informal meetings have been held: 2 in Vermont, 1 in Massachusetts and 1 in Connecticut. There are plans underway for a meeting in Maine and the Boston area in late fall. There is always a lively discussion and new connections are forged. Since indexing is such a solitary profession, these get-togethers are a great opportunity for indexers to meet up and form relationships with other local indexers.

While these informal meetings are wonderful networking opportunities, they could not replace the annual meeting. The new board wanted to incorporate the momentum of networking of the informal meetings held throughout New England into the theme of the 2015 annual meeting, which was held September 26th in Hanover, NH. Lisa DeBoer’s talk at the 2015 national ASI meeting entitled, “One is the Loneliest Number: Strategies for Collaboration Among Indexers,” caught the interest of Jennifer Spanier. “Since Lisa’s session at the Seattle conference was a great introduction to networking and collaborating with other indexers, I thought an expanded version would be perfect to share with our chapter,” recounts Jennifer. Further discussions with Lisa about this presentation led to an agreement to expand the original presentation from 15-minutes to an hour-long interactive session at the New England Chapter’s 2015 annual meeting.

After her short talk and a questions-and-answer period, the interactive portion of the presentation began. Much like speed-dating, participants were given four minutes to “meet” each other before being asked to move on. A lot of laughter and connections were made during the 40-minutes of networking in this unique way. All the participants agreed that this type of workshop would be beneficial at most conferences. Since the majority of indexers are introverts, this type of interaction makes it easy to meet other indexers that they might otherwise not have spoken with at a meeting.

A long lunch had been planned so that members could continue to talk and share ideas. While education is often the centerpiece of annual meetings, both on the local and national levels, the board felt that this meeting should focus on connecting members, or reconnecting indexers, as was the case of Colleen Dunham and Alexandra Nickerson. Colleen stated, “It was definitely worth the drive from Buffalo to see Alexandra after all these years.”

Following lunch, another interactive session had been planned, focusing on the business of indexing. A panel consisting of Colleen Dunham, Stephen Ingle, and Joan Shapiro answered questions for over an hour on varied topics such as technology, subcontracting, and professional development, with Michelle Guiliano moderating. Colleen’s business, Colleen Dunham Indexing, is a unique collaboration of indexers from South American and New York. Colleen got her start in the publishing business in 1970, working for Thomson-West, a family-run legal publishing company. After 27 years, she moved on to work with Microsoft until 2004, when she founded her own indexing business. During the panel discussion on hiring subcontractors, Colleen explained that while she enjoyed indexing, she had the interests and the skills to set standards and lead a team. She liked the idea of keeping multiple publications in the pipeline by piecing out work using subcontractors and this became the basis for her business. Stephen Ingle, president and CEO of WordCo Indexing Services has a different approach to leading a team. WordCo is unique because Stephen does not usually hire subcontractors. Rather, he employs a group of indexers who work out of one office. During the discussion he stated, “By having employees not only is everyone working as a team, but each person is able to truly specialize, not just in indexing topics, but in other aspects of the business too.” He also stressed the difference that it is important to compliant with the IRS’s definition of an employee vs. a subcontractor. Joan Shapiro, who has been indexing for over 15 years and has recently earned her Master of Library Science degree, added yet another perspective on subcontracting. She also offered ways to improve relationships with authors and publishers since she works with many authors. One pearl of wisdom from Joan was to have the author whose university is paying for the index start the purchase order (PO) process right away to avoid any payment delays.

As for marketing, the panelists all agreed that established indexers rely on repeat business and referrals. Equally important, each stated that it is important to keep in touch with past clients, either with holiday cards, an occasional phone call, or looking out for new books produced by them. Cynthia Savage, a New England chapter member, mentioned that going to independent bookstores where authors frequent is a great resource for new clients. Other ways of marketing indexing services, such as social networking, were also discussed.

Indexing efficiently was a hot topic. Suggestions from both the audience and the panel ranged from software and technology add-ons such as Margaret Berson’s Megabits Macros (www.edit-mb.com/megabit) and the programs and services offered by Dave Ream’s company Leverage Technologies (www.levtechinc.com). The number of monitors used, desk configuration, and chair considerations were discussed as well. Colleen mentioned that there are offices that rent space by the day so that you can be out of the home office for a change of scenery and pace. Home distractions are then kept to a minimum. Kate Mertes’s “Creating and Maintaining Speed in Indexing” webinar through the ASI website was touted as excellent source of tips for efficiency while indexing.

ASI’s webinars were cited as a good resource for professional development as well, along with attending local and national indexing meetings. Steve Ingle stated that he has attended several e-book conferences and that more indexers should consider attending conferences that do not focus solely on indexing. He also mentioned that indexers don’t even have to leave the office to participate in meetings. Recently he was part of a twitter hour that focused on e-book indexing that he found to be worthwhile.

At the conclusion of the formal meeting, the New England Chapter held its business meeting. During this meeting, attention was drawn to the redesigned website (www.newenglandindexers.com). A cornerstone of the new website was the creation of a searchable directory to better market the skills of the New England members. The directory listings can be edited by the member once they are given a username and a password. The creation of a bimonthly blog for the website was discussed as well as the networking opportunities that it presented. The newly redesigned website will also be a place where news about members can be posted, such as blog posts on other sites, announcements of newly published books and articles, and awards won by members. At the conclusion of the meeting, a request for members to step up for open positions such as president-elect and webmaster. The president of the board is a three-year position: one year is spent as president-elect, one as president, and one as past president. The webmaster would be in charge of posting chapter and member news to the website as well as coordinating the changeover to the new directory. Volunteers were also requested to facilitate future informal, local meetings. Melissa Swamy, reminded the chapter members, “As an introvert, being in a leadership position opens a lot of doors for substantive conversations instead of trying to make small talk. When I went to the ASI national conference, I felt like I had an excuse to talk to all sorts of people because I could always say ‘I liked your idea about X. We were thinking of implementing something similar to that in our chapter.’” So after a year of working hard to ensure that the New England chapter members saw the benefits of their chapter membership, the board turned to the members, asking them, “What are you willing to do for the New England Chapter?” 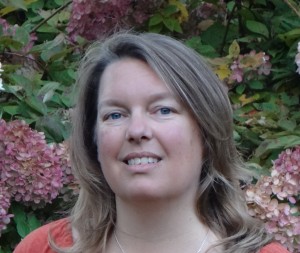